Writing progress on new project. CorgiSan says “I regret nothing. I learned nothing. I’m not a bit sorry.” 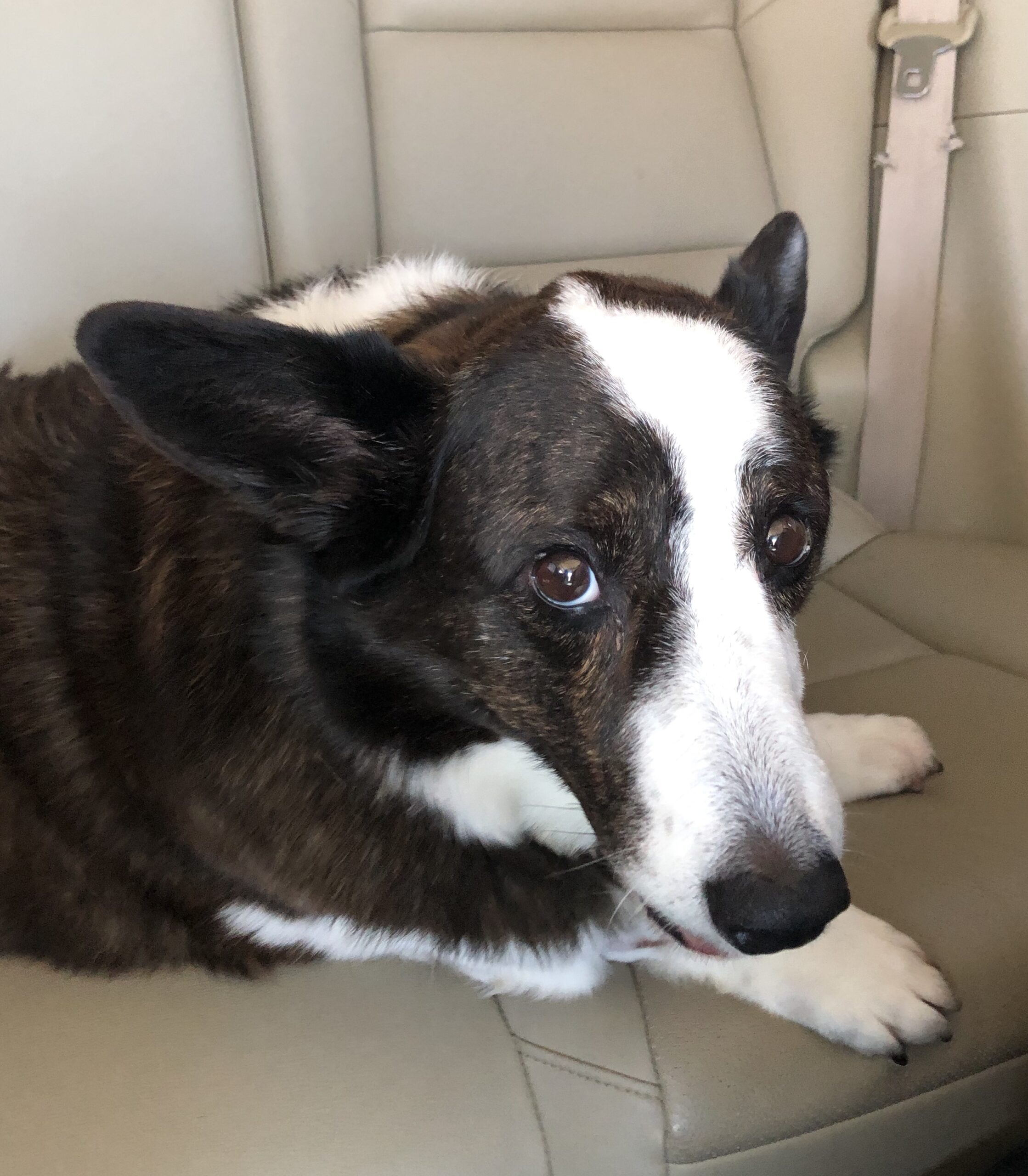 It’s been almost a month since I’ve checked in. I’ve been busy, both with writing and with things associated with writing. Also, CorgiSan

My WiP (work in progress) is at about 40K words and I’m eyeing it with some trepidation for several reasons.

The first is that my goal is 120K words (and yes, it really does need to be about that length; this is actually short for a novel for me) yet I’m definitely in the middle of the story. I’m trying something new, working from a kind of outline.

What does a kind-of-outline look like? Imagine that you’re trekking across Europe and rather than pantsing it (which means that you’ll figure it out as you go) you have an itinerary that specifies the stops. In other words, you know you’re going to be in the UK for a week and have a checklist of things that you must/should do while there. Then you know that your next stop will be France and you’ll be there for a week as well, and so on. So while the specifics for each country may be vague, you do know that you can’t leave early or late but must be there for the full week.

I don’t usually write with this much planning–the result tends to focus far too much on hitting the right plot points rather than the emotional or character-development beats–but it is being done with intent as I wanted to see where it would go and how it would work.

The result (so far) has been mostly typing rather than writing–thank you Algis Budrys. Budris wrote about typing vs writing in his book, Writing to the Point*, and it’s one of those things that I really took to heart. Writing has depth. Setting is active when you write. Writing evokes emotion. Typing consists of dialogue, passive setting, and “he did this, then he did that, so she did something else.”

Active setting* in particular is what gives me my world-building chops and leaves readers with the impression that my books aren’t that “big.”

It’s not that big a book, but it has a lot packed inside. Massive world building, intense characters, and deep plots keep things interesting.

Making intense characters adds another layer of depth, one that is on the other end of the writing spectrum from typing. It’s what makes for compelling characters like this one, even when limited to a few thousand words:

The most compelling character is the deposed princess, who is stripped of both her ignorance and innocence as the harsh realities of war and treachery bear down…”

Active setting turns out to be a lot easier when you can make it all up (one of the main reasons I love space opera). It’s a tad harder when you can’t let your imagination run wild and must restrict yourself, at least somewhat, to a setting that is Earth-like. If you’re interested in looking at what I’ve been perusing for this, here is my Pinterest board for the project.

After a consultation with a marketing person, I decided to change the font on my covers for the Ravages of Honor novels. I’ve like the Abaddon font ever since I ran across it on The Hu’s* covers and in particular because it has the brushstroke feel of Japanese calligraphy, i.e. it says “this is a warrior’s font” to me. But apparently it’s hard to read. So I replaced it with the same font I was using for my name.

And since CorgiSan (who says “I regret nothing. I learned nothing. I’m not a bit sorry”) was in the emergency vet for a few days and I couldn’t concentrate on actually writing, I decided to take advantage of the peace and quiet and record the audio for Pretending to Sleep. It’s a project that’s been on hold for about six months because it was so daunting. Now, before someone jumps in with, just hire a narrator, yeah, it’s really not that easy, and this is one that I’ve been told (by Dave Farland no less) needs to be in my own voice.

The reason this project has been so daunting (besides CorgiSan) has been the sheer scale of it. Recording it. Learning how to process the audio, including new software that is far more sophisticated than what I need it for, and so on. It’s just a very steep learning curve and even with some of the help that I got, there really are some things that don’t lend themselves well to “virtual” consultation. Uploading to Findaway Voices. Ugh. What a PIA.

I am now at the “removing” the clicks phase of the project. I have a feeling some segments will have to be re-recorded (I never hear these clicks when I’m recording).

I’m also preparing for LibertyCon by rehearsing for my expanded (2-hour) class on viewpoint. If you’re attending LC34 and are a writer (or thinking about becoming one) you need to come to my class, Point of View: Get it Right. It’s going to rock your world.