Shadow and Bone–A well-written YA fantasy

Shadow and Bone. Bardugo gets it right. Depth, characters, and well-written. I can see why it’s such a hit. 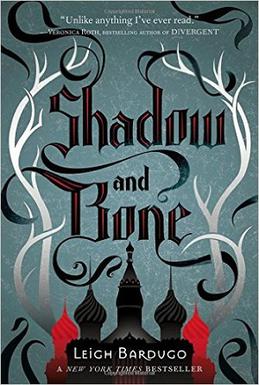 I can see why Leigh Bardugo’s Shadow and Bone* is such a hit. It certainly struck a chord with me and I’m not even the target audience. I’m not a fan of fantasy. And normally I don’t go out and read anything that has been turned into a series because usually it’s not worth my time and I’ve been disappointed more often than I care remember.

Some comments about Shadow and Bone (they were dismissive of its YA roots and ‘simpliciy’ and some reviews even knocked it for using tropes as if tropes should be avoided in fiction) did however prompt me to at least look at it and once I did I was hooked.

The number one reason I can’t get into a story or stay in it long enough to finish it has to do with narrative distance–either the story is written at arm’s length (omniscient, third distant, or present tense) or the writer can’t make up his/her mind who’s head and heart they are in and just decides, screw it, I’m going to head-hop and violate viewpoint whenever I please because I don’t care or don’t know any better. Frank Herbert’s Dune* is a good example of something I just can’t read anymore and the head-hopping is why. The writing is not just clunky but the equivalent of nails on a chalkboard.

Fortunately for me, Bardugo’s writing is the polar opposite. It is well-written, well-plotted, and well-crafted. Yes, the plot is simple (even, dare I say, simplistic) but it has to be. It has to be because it’s a single viewpoint novel. And because Bardugo only shows us Alina’s head and heart, the book is different from the series which (I suspect since I haven’t read the other books) takes material from the other books and weaves in multiple storylines.

One of the ways I knew that I was in for a treat was in the way Bardugo handled the opening. We don’t start in Alina’s head and heart (she is not yet the viewpoint character) but with a properly written (do you have any idea how exceedingly rare that is?) prologue that is not just time a time-skip, but a hook written from a viewpoint not used again, i.e. the author-narrator’s via third-distant viewpoint.

The rest of the novel (the main narrative) is from Alina. Now, I do have to pause here and explain something. Most well-written first-person is first-person retrospective narration. The reason to use first person is because we want the character narrating the past from the future. Gabaldon’s Outlander is an example of properly done first person because it is retrospective. Unfortunately, I see more and more non-retrospective narration because writers are constantly being told that if you’re using I/me you’re writing in first. Not true. If the story is unraveling in real story time, it’s not retrospective and it’s actually third-person. And if you’re using the pronouns I/me you’re actually writing third-person with first-person pronouns. Which is fine as long as you don’t screw it up, and Bardugo does not.

Despite the lack of a retrospective narrator, Alina’s narrative unveils the story in an engaging way that had me reading to the end. She put me in Alina’s head and heart and kept me there. I don’t usually read YA because it’s often too shallow, too poorly-written, too focused on teen angstiness and TSTL (too stupid to live) moments and motivations that I just can’t buy into. That was not the case here.

The reveal for why Alina didn’t remember the grisha testing was also well done. I admit, I was wondering how Bardugo was going to handle that (first-person retrospective would have been excellent for handling this) and she didn’t disappoint. It wasn’t a gotcha, a stupid writer trick I abhor.

The book is also different in how it handles the relationship with the Darkling. One Amazon reviewer complained that it was a romance written for 12-yo. Actually, it’s not a romance at all, for any age. As in there is no romance. There is no chemistry. Not between her and the Darkling anyway. The deeper romance is between her and Mal, but I can see how some people would miss that because (a) we don’t get his viewpoint and (b) the kind of devotion that Alina and Mal feel towards each other given their experiences as orphans is not fleshed out until the end where it’s done via dialogue. A multiple viewpoint novel written in third-close could have done this earlier and better and created additional tension, depth, and characterization.

The series actually gives us more chemisty between Alina and the Darkling than there is the book. Some people have called it an enemies-to-lovers romance, but it’s not. If it could be called anything at all, it’s a May-September romance, for certain values of romance (on the weak side of it). Again, because we don’t get the Darkling’s viewpoint, we can’t know what he feels towards her. He tells us somewhat, but we can’t know what he means and what he does not without being in his head and heart. Knowing these things requires multiple viewpoints done in third-close, something that tends not to lend itself to moviezation (yes, I just made that word up; deal with it).

The other thing I really liked about this story was that the climax depended on inner strength and sacrifice (not Hulk! Smash!). Another criticism of this story has been that it’s boring. Well, if you’re looking for a mindless, Hulk! Smash! action extravaganza, this is not it. Truly. Who’d be expecting that?

Like all well-written stories with depth, the story is NOT about the events (the plot) but about the characters and their relationships. As such the climaxes tend to be at least somewhat internal. The Netflix series did an excellent job in balancing this out and presenting it on screen with a bit more oomph than the book. So for the action junkies in the audience, not all struggle is “action” and not all victories involve knocking your opponent out. Some involve self-sacrifice.

Also well done was the hero/villain duality between Alina and the Darkling. He is the other side of the coin. They are both motivated by the same thing — to make a better world. They just have different visions of it and how to get there. This is quite well done, especially for YA where that type of depth is often missing.

Another layer of depth that I haven’t seen touted, or even acknowledged, is the fact that Alina needed the very thing that enslaved her. Think about it. Why is that not the very thing that is being used to sell this? Well, I think it would be lost on most people, because the story is again, about self-sacrifice and about making hard choices and living with them. Not exactly the kind of thing that makes for great teasers.

The only thing I did not like is the epilogue. It was written in present tense and I just skipped it.

I am going to rewatch the series now and go on to read the second book. I highly recommend Shadow and Bone not only for anyone who wants to read a well-written story, but for any writer who is looking for good examples of how to do it well.

Bardugo has now made in on my must-read list along with Gabaldon*, Pataki*, and Quinn. *

(If you want to learn more about viewpoint and why it’s not about pronouns, click here.)