Do You Want To Be In My Anthology? 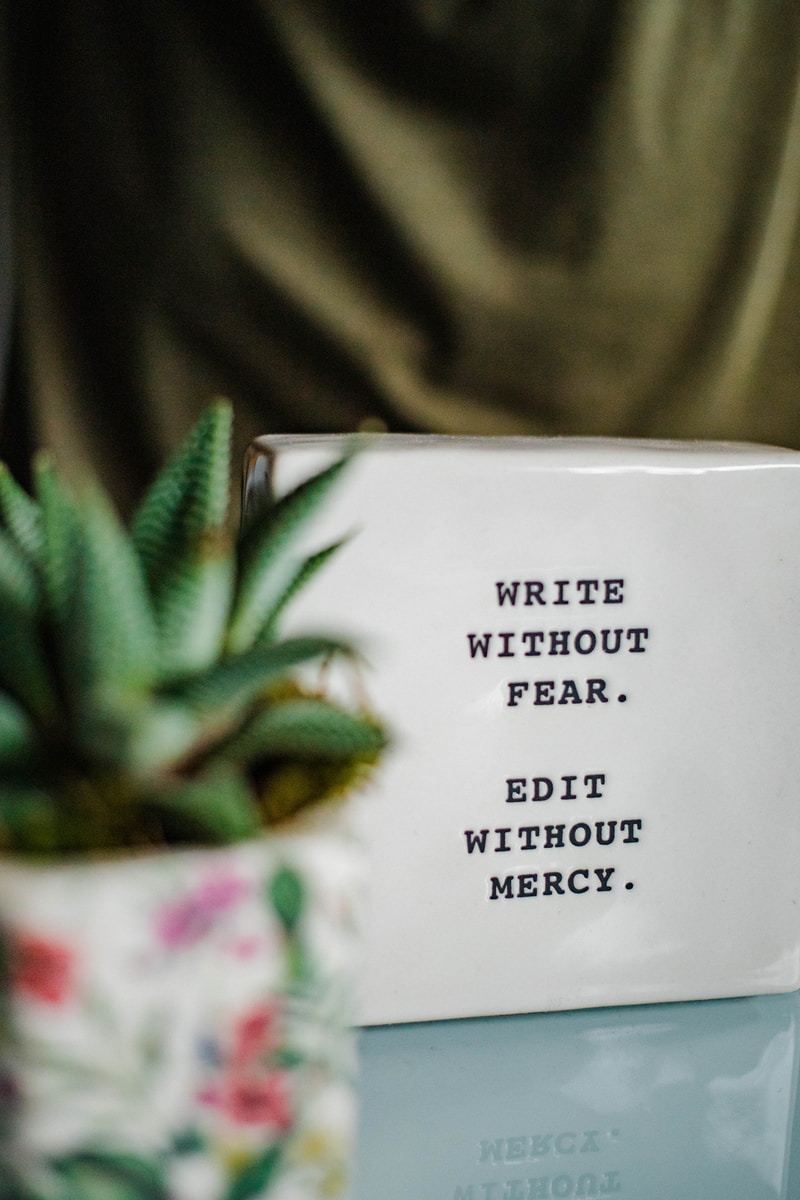 Have no doubt, anthologies can be great. They can also be not so great. Lots of people tout the great parts. Fewer the not so great.

So far I’ve been published in twelve anthologies. These anthologies have run the gamut from the “writer friends getting together” type to ones published by Baen and Bantam. The writing experience for each of them has been very different. I wrote Bonds of Love and Duty in three days and just about died when I learned that it had made it into Fantastic Hope.* I wrote the story that became Pretending to Sleep for Kris Rusch’s Passions anthology in one day. But it took me weeks and in some cases, months, to write the others, especially the ones that required research.

So let’s start with the basics…

There are several types of anthologies. The ones you have to compete for, usually by sending in a manuscript and hoping that yours will make it out of the slush pile and the type you get invited to. Sometimes an invitation is a sure-fire guarantee that you’re in. But not always.

Getting invited to an anthology can be a great feeling—“Hurray, someone thinks enough of me to invite me.” But beware, not all invitations are equal.

How anthologies work … or don’t.

An anthology consists of stories by different authors. (We’re not going to be discussing single-author anthologies which are a collection of short stories by the same person.) Most of the time an anthology has a shared theme (hopeful and uplifting), either genre  (alt history) or trope (enemies-to-lovers), time period (WW2), etc. Other times it’s more nebulous: writers who live in Texas.

Sometimes an anthology takes place in a shared world, either one that already exists, or one created for the purposes of the anthology.

No matter how much coordination and shared aspects an anthology utilizes, it is NEVER the same as a novel. Why? Because it does not share the same protagonist and does not progress through the acts of a novel such as

While sometimes a novel can read like an anthology because it has a dozen or more viewpoints that are not well-developed enough to be readily identifiable as a protagonist, an anthology’s use of different stories that each have their own beginning, middle, and end, differentiates the two types of works.

Even works that utilize a lot of continuity with “chapters” written by different authors, or share the same protagonist, still do not read the same as a novel. They are more like serial television, where the short stories are like episodes and the anthology is like a season. While they may have an overall story arc, the serialized aspect is different enough that it’s not structurally a novel.

And so it begins

They either put out a call for submissions (usually an open call) or they invite well-known writers whose names will sell a lot of copies.

Even when there is a call for submissions, it’s not unusual for a tier of first-line authors to already be in place. Think of these people as the “starring” roles that will go on the cover. There may be one spot for a new or newish writer. So let me be clear on this. You, as the unknown, are not competing for one of fifteen slots in the anthology. You are competing for THE one slot for a new, newish, or unknown writer in the anthology. The other fourteen slots are already slated for big names or names known to the editors.

This is a very important thing to keep in mind when you get rejected. You and the ten thousand other new writers were not competing for one of fifteen or twenty slots (there are some exceptions on this; Writers of the Future comes to mind). You were competing for THE one slot. The ONE slot that may well evaporate when Big Name Author turns in a 20K-word manuscript for an anthology with an 8K-word limit. They want Big Name Author’s story, and will take it even if it’s over the word limit. And because they want it so badly, they may well cut out the one, two, or three low-tier writers, including you, the unknown. I saw this happen in real time at a conference where six editors went through the process of building their anthologies. I wrote about the experience in Rejection 101.

They may also cut your story for other reasons, such as your story is too much like Big Name’s and they won’t be publishing two stories that are so much alike. And by so much alike, I mean same idea, or similar storyline. It’s not personal. It’s business. A reputable publisher will pay you something (a “kill fee”) for your trouble, especially if they agreed to it in the first place.

How does this help your career?

Which leads to what should be your first concern when it comes to anthologies: How does this help me and my career? We all want to get paid, but there is another aspect to anthologies that usually weighs on the minds of new writers: discovery. [NOTE: I said discovery, NOT exposure]

Discovery has to do with readers finding you. The reason you want to be in an anthology with Big Name Author is so that—hopefully—his fans, who bought the anthology because he’s in it, will also read yours and then look for your other works. There is no guarantee that they will (just look at the reviews for any anthology and you’ll find people bragging about having only read Big Name’s story), but hope springs eternal.

In order to maximize the benefits of discovery, I urge you to consider something else: is the anthology a good fit for your writing and the audience you want?

Almost no one wants to talk about this, but really, we must. We must get past the excitement of being a part of something that maybe doesn’t serve us at all. Where you are in your writing journey is going to determine the answer to this. If you’ve never been published before, you may not care—you just want a byline, hopefully one accompanied by a paycheck.

But, if you write exclusively in one genre, getting published in a genre that doesn’t overlap is probably not gonna help you much. Readers will discover you, and then discover that you have nothing else they want.

There’s an overlap between space opera (which is my main genre, yet my only space opera short story was not part of a space opera anthology—note to self: get invited to a space opera antho) and mil-sf and hard-sf, but not much between Romance and mil-sf or alt-history. I had to learn that lesson the hard way. While the scifi audience is usually fine with romance in their stories, Romance readers are less tolerant of scifi elements that distract from the love story.

I also want you to consider some of the other issues, beyond discoverability, such as who is going to end up controlling the story you write?

Are you being asked to write in an IP (intellectual property; meaning the story world or universe) you already know or are you going to be spending the next month (or six) reading all the preceding works in order to come up to speed on the IP?

If you’re expected to work with a world bible, there’s a good chance that you’ll be spending a lot of time parsing it out and running up against world building issues (as in you can’t do any) or being micro-managed by the IP creator. If you’re going to agree to work with that, I hope you’re being paid pro rates up front and royalties thereafter.

If you’re not, you might find yourself in a worst-of-both-worlds scenario. Imagine that you’re hired as an employee, but before you see a single paycheck, you must train on your own time, and then agree to share in your “employer’s” expenses (editing fees, cover fees, marketing fees, and so on). Meanwhile, in the time you’ve spent educating yourself in the intricate details of that IP, you could have written a story or two (or ten) that were all your own. Stories that you might have been able to sell to other anthologies or just published yourself.

You could have been flexing your world building muscles (the more you work them the better you’ll be as a writer) or your character-building muscles (ditto). Instead, you’ve just spent far more time that you allotted going back and forth with an editor who really just wants ghostwriters with bylines.

They may want an outline to approve your story ahead of time and make sure that it fits and that they don’t get two stories that are too much alike. This can be excruciating if you’re a pantser and kill the creative juices as well as the desire to write. I know of several people who had to learn this the hard way. If writing to spec is not your thing, I would avoid these kinds of anthologies.

There’s a good chance you’ll have to deal with being told that the story you just wrote to spec has to be changed yet again, because someone else didn’t pay attention to the rules (you know that writers hate rules and the more successful they are the more they can ignore them which leads them to tell you that rules don’t matter, right?) but the editor loved it (of course he did, kaching!) and now everyone else has to write around that. Hopefully it’s a small thing and doesn’t kill your story entirely.

Writing Bonds of Love and Duty for Fantastic Hope* remains one of the best writing experiences I ever had. It met all of my criteria. I had complete control over the story (it just had to be hopeful), was in the genre I mainly write in (space opera), and it allowed a wide readership to discover me and hopefully seek out my main IP, Ravages of Honor, since BoLD is part of that universe.

And there you have it, the good, the bad, and the ugly of being in anthologies. I hope that you learned something or that I’ve at least gotten you to look at anthologies with a learned eye.