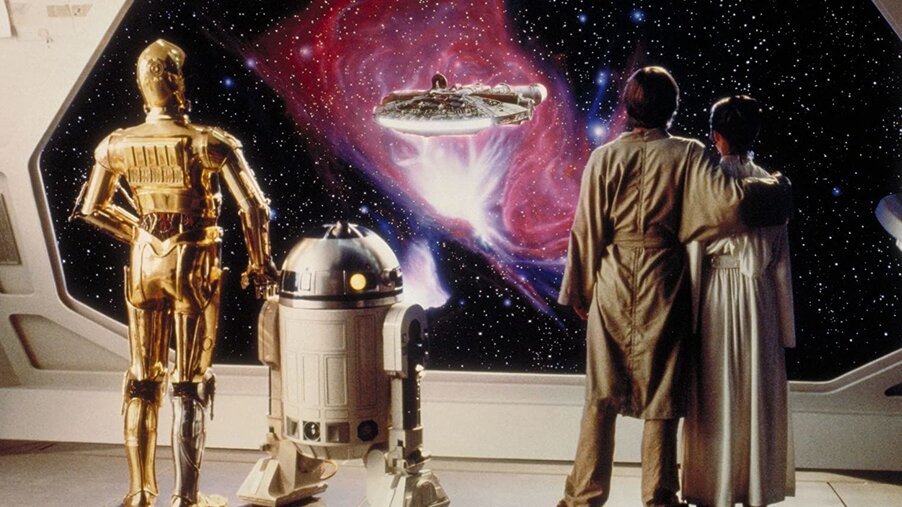 When you become a writer, as one would expect in any profession, you become aware that terms-of-art (your art) are either misunderstood, misinterpreted, or misapplied by the general public.

As part of my profession, I not only lurk in writer and reader groups on social media, but I read reviews. By doing so, I’ve realized that one of the things that gets thrown around a lot and in error, is the word “cliffhanger.”

To some, if a story is continued via a sequel, it is a cliffhanger. That’s completely wrong.

To others, the end of a chapter that keeps you reading up past your bedtime, is a cliffhanger. Well, maybe, sometimes.

My go-to example is probably the most famous “cliffhanger” of all, the one at the end of Empire Strikes Back*. It’s not a cliffhanger at all. Shocker, I know. Let me explain why.

Now, I can understand why some people would think it’s a cliffhanger–Empire is the second act in a trilogy. But they are still completely wrong.

“Luke, I am your father.”
Cut to credits

The way that Empire actually ended.

Specifically, it’s not a cliffhanger because it wrapped up the story line of Empire Strikes Back*, i.e. Luke rescuing his friends. Defeating the Empire was the larger story arc, the one that would be picked up after Empire Strikes Back, but it was not the point of the second movie.

Because we saw Luke fall and get rescued, because we saw them acknowledge the unresolved storyline via Lando and Chewbacca going off to rescue Han Solo, we got a properly written resolution or denouement. Anyone who tells you different is not just wrong, but very wrong. Don’t listen to them.

Sometimes we have to set up a story in book 2 so that a series can continue–after all, series is how we make our money. But as long as the writer ties up the main storyline and then acknowledges the open threads in some manner, he has done his job.

Now, do some books end on a cliffhanger? Sure they do. Amazon has been driving down the pricing of books so that $2.99 is the “ideal” pricing no matter the length, content, or quality. This has led some writers to split up what would have been one book ten, twenty, or thirty years ago. After all, when you buy an ebook it’s hard to tell that you’re getting a really thin one. Even if people look at page counts, those are fairly easy to fudge by creating a corresponding paper book that is a small trim size, blowing up the font, the margins, and adding unnecessary lines between each and every paragraph.

There is every incentive to write act one as a separate $2.99 book, act two as another book, and so on, and just call them parts one through three or whatever. I’ve even seen what should have been one book broken up to be five or more. I want to say that twenty was the highest I’ve seen. And with the drive to serialization by platforms such as Radish and Kindle Vella, the incentive to end on intermediate cliffhangers has only increased.

A properly written epilogue is also not a cliffhanger. Perhaps that’ll be my next post since things don’t exist in a vacuum. And while I’m thinking about it, I probably need to write up something on what I mean by acts (as in what makes an act 1, act 2, and act 3) and how that is different from Empire being the second act of a three act play. Because it’s not already confusing enough, right?