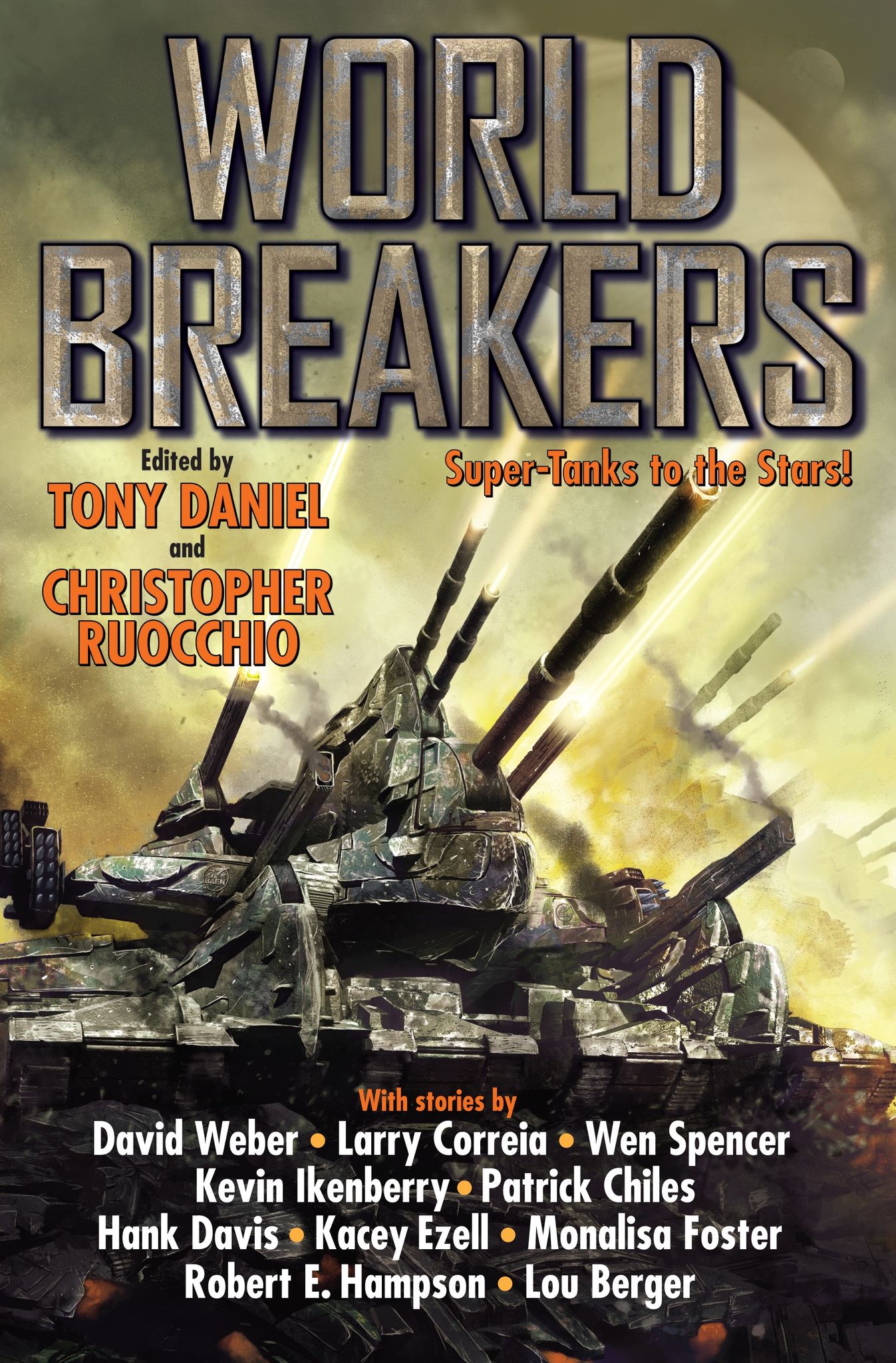 I’m very excited to share with you the opening of my short story, Good of the Many, released today in Worldbreakers, an anthology edited by Tony Daniel and Christopher Rucchio.

There’s nothing quite like walking into a tomb, although technically—I guess—it’s not. We’re not exactly underground or under a church, even though storage unit six is part of the UENS Sanctuary (T-AH-1749) and her motto is “For the good of the many.”

That must make stasis pod 06-004 a crypt. No, that also didn’t fit. No one—not one of the hundreds of citizens—inside Sanctuary were dead. Technically.

There were two dozen sealed pods inside unit six, each one twice as wide and deep as a coffin, but not twice as long. My steps echoed as I made my way down the rows and rows of pods, trailing a pool of light cast by a lantern floating off my right shoulder. Its repulsor field made a barely audible hum as its weak light cast long shadows. Shadows that slithered in a place where nothing had moved since I was here exactly one year ago.

I shuddered, my skin crawling and dimpling into goosebumps that raised the hairs on my arms.

Get hold of yourself, Elena.

I shook off the dread that had crawled its way up my spine and spread across my shoulders only to have it resettle as I stopped in front of pod 06-004. The name plate—D.F. Perry—glowed in red. That’s it. Just a name. No rank. She had been a civilian, one of the hundreds of thousands evacuated from New Attica when the Terran Consensus decided to evacuate Eleusis.

Sanctuary had filled her pods, made it to low altitude, and then something had gone wrong. She’d landed on one of Eleusis’ un-terraformed continents to wait for rescue. That had been 294 standard years ago.

For 280 of those years I had kept D.F. Perry company, growing inside her, growing one day for every year, until I had to be taken out of the pod and born.

I reached into the front pocket of my bib overalls, pulled out a candle, and set it atop the patch of melted wax at the foot of the pod. It fell over. My lighter—one of those relic things that people used to keep for sentimental reasons—was in my right thigh pocket, along with a half-eaten chocolate bar and a match. As I went to one knee, I fished them all out and set them on the ground next to the puddle of wax.

Twining my fingers in my hair, I made a braid. Last week I had read a story where people made offerings to their ancestors and it made them feel better. I freed the knife from my pocket. It too was a relic, a folding blade that opened with a flick of the wrist. It used to belong to one of Sanctuary’s crew.

As I raised the blade, it caught my reflection: brown eyes, brown hair, crooked teeth. For the hundredth time this month I wondered where they came from. Who had given me the crooked teeth? Did I have my mother’s hair or her eyes?

I really shouldn’t think of her—this D.F. Perry—as my mother. I never knew her. She never knew me, will never know me. Nanny raised me—us. Paul and Mark and me. They’re my brothers, sort of. Paul, who turned eighteen last month and Mark who turned seventeen about six months ago.

I cut off about an inch of braid and turned it between my fingers before setting it down and striking the match. The flame flared as it caught the wick. Carefully, I used the heat of the flame to warm up the wax on the floor and set the base of the burning candle into the softened patch.

Crossing my legs underneath me, I sat back and peeled the foil off the chocolate bar.

I had so many questions, none of which Nanny could answer. Did I have genetic siblings? Others who looked like me. Paul and Mark don’t. They’re so different.

They don’t do this … this crypt thing. They don’t get sad for no reason.

Inhaling the warm air and that waxy scent the candle gave off, I waited for it to burn down. For those few minutes it made the tomb a less sterile place, a place where warmth and life burned in a sea of unchanging darkness.

Happy birthday to me.

This site uses Akismet to reduce spam. Learn how your comment data is processed.